Sarah's cat is not named UnSub, that is the name I gave him. UnSub and I watched a "Criminal Minds" marathon the day he was brought home. I presume he enjoys crime drama as much as I do, so the name is appropriate. I'm glad I was not watching another form of entertainment or he could have been dubbed "Whiplash".

When I start to change the weights on my dumbbells, UnSub will inevitably come to my room to observe this new sound sensation of unscrewing and adding weights. Unlike plastic bags, he doesn't attempt to interact with the dumbbell and attentively watches the spectacle.  I know his mental abilities are less than a mouse's, so I take some amusement in his interest in my daily routine that is always new to his experience.  He will never understand correct breathing, dieting, muscle toning, muscle twitch fibers or vanity.  Vanity? ...maybe vanity...he seems smart...

As I remove the screws, adjusting the plates and fasten the screws, I know that he will never progress beyond what I have seen of his behavior. He will never fetch or come when called. With different names being shouted out (UnSub, Ecto or No), I am content to know that the nephews have helped confuse the cat regarding his name.

I move on to the second dumbbell. Rinse, Lather, Repeat. His  behavior is unchanged. My thoughts continue and I remember that now, with a cast on his front leg, I call him "Boris" because of the scraping sound on the wooden floor. To the best of my knowledge, no one has said to him things to effect that he can go on without full use of the leg, that it is only temporary, take in stride or it is God's will.  I have never heard anyone say that he is differently abled, disabled or, more accurately, crippled. He is just as active as before the accident.  What he doesn't know and I can't tell him (it would ruin the surprise), is that cast will be off in a few weeks. UnSub is the embodiment of Fred's "Will to Power".

With the final screw fastened to the dumbbell, I am ready to move to my next set. My thoughts now turn to the mass of humanity that has the  God given ability to rise above where they find themselves, and do not improve themselves. They don't challenge themselves, not because of vanity or society's values, but because...why? I don't know. Whereas I can have compassion towards UnSub's temporary setback, I feel only contempt towards the wretched majority that wallow in self pity and endless complaining. These people  can not do what this cat has done-Get over it and move on to the next challenge that life is offering.

Now I'm ready for my next set. 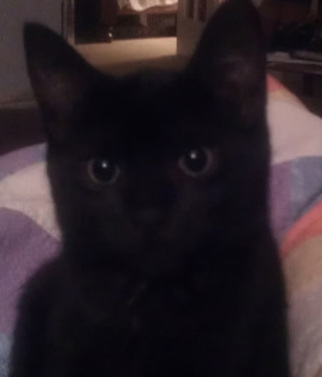