As I delved more into Astrology, I doubted that the mercurial air sign of Gemini was compatible with the morose Saturn dominated sea goat.  After much reflection, the compatibility was tenuous at best: money is security, which is not enough for anything but a superficial relationship. In the Capricorn thesaurus, superficial is a near synonym for “quantity”; Capricorns seek authenticity and quality.
​
I remember the first time I encountered Apprentice Tyler; he was borrowing product, which is a common occurrence in the food industry, even though hundreds of boxes are delivered weekly.

I was taking to Brad on the Clinton parking lot, when his brother arrived for his shift. Based on the physical characteristics of Apprentice Tyler, I suspected that Thomas was influenced by Gemini.

The third person that I remember seeing is Mark, although he lacks the physical manifestations of either Tyler or Thomas.

Finally, I recall repeatedly thinking “Will that kid ever shut up and sit down?” when I initially observed Adam.  Although my recollections of these four encounters are subjective, I concluded that there is something about Geminis, generally, and Cancer Geminis, specifically, vis a vis Yours Truly.
​
My recent speculative research led to looking through yearbooks from my high school. Looking through the index, I stumbled upon the name “Steve Meyette”. Steve was ahead of me in school and I had few dealings with upperclassmen, as I was not in any sports, extracirruclar activities, or clubs. However, I do remember the first time Steve and I met. I was biking on Jackson Street when we met. I don’t recall any of the conversation, but I enjoyed it. I vaguely have the impression of  it being mostly one sided. I would like to think that we were out of our natural element, being in small rural environment, and were kindred spirits. The second rate psychologist, a frequent contributor to our work, would declare that I was “projecting” my reticent nature and personal loneliness onto, if not the gregarious, then the “outgoing and engaging” Steve.   We would never talk at length again.  ​
​
***
​
​In the yearbook, I lingered upon Steve’s freshman activities: swimming, Film club, Marching band, and Jazz band.  These pursuits are not readily assigned to one individual: swimming and Marching band are physically demanding, whereas I can’t imagine Film Club being anything but solving problems with sounds and images and, as a result, an intellectual pursuit. Unlike most brass or woodwind instruments, the trombone cannot be easy to play- moving the slide to position it to articulate the correct note. Of course, jazz performances are heavily improvised, so I conclude that playing the trombone in a jazz group  must be challenging.  Truly, if the world was anyone’s oyster that I would ever meet, then it was Steve’s for the taking:  mens sana in corpore sano.

Steve and I would never talk at length again, as he was diagnosed with a rare type of cancer and passed in the fall of my sophomore year.  In those halcyon days, there would always be time enough for everything ...
On several occasions, I’ve wandered Walnut Grove and, now, looking at the yearbook and reminiscing, I  realized that I never discovered Steve’s marker, which, when considering that there was no purpose to my meanderings, is not surprising.  I have learned that Steve is in Paris, Illinois.
Therefore, my corrected numeration of those individuals whose first meeting I recall are Steve, Tyler, Thomas, Mark, and Adam. ​
Appendix
​
The above was the finished essay, but as I mulled the paper over several days, I was not satisfied. Occult and philosophical works are not personal, as they attempt to reach for the eternal, the always true.  Hence, my ongoing debate to add anything further of an isolated, and wholey, personal nature.  However, as the essay is in the first person,  I decided to add what was intentionally omitted.

Steve was being treated for the cancer and he was physically suffering from the effects. Once again, I don’t recall the specifics, but I remember he stopped me in the cafeteria, he said something, and I don’t remember saying anything. However,  I walked away, the lasting impression could be nothing other my complete indifference.  I don’t remember if this incident was in my freshman or sophomore year. I wouldn’t attend a funeral until after my graduation.

For many years and subsequent decades,  I would infrequently return to this incident, attempting various scenarios that would alleviate my accountability or guilt for my behavior.   I have since concluded that based on my experiences up to that point with death and dying [none], and the absence of a hierarchy of values, no “positive” outcome would have transpired.  Although a better result could be possible, it would be highly unlikely.

The purpose of this addendum is twofold. Firstly, to impress upon the Gentle Researcher the value of a hierarchy of values: people come before things, where “things” are understood to include fear, apprehension, and anxiety caused by uncertainty.  The reason that I allow people to babble about unimportant topics, mumble inane modern lyrics [Joe], or related uninspired subject matters [Denver] without interruptions, is that I do not know how much longer these individuals have in this world.  These individuals are sharing a portion of their finite time with me, so if  they believe it is important enough to speak, then it is important for me to listen.  The Gentle Reader may have guessed that this episode is one of my “long and painful experiences”, frequently alluded to, and he would be correct.

Secondly, Dr. Mitchell related that at a competition where he was a judge, a  player’s technique was flawless, but he lacked passion, Dr. Mitchell concluded that the absence of passion was the possible result of the performer lacking the relevant insight to interrupt the “Bearded Lady”.  I have not written a cadenza, as it is to be improvised by the soloist. Since both the cadenzas of concertos and portions of Jazz performances are examples of improvisation, my only suggestion, or insight,  that it the cadenza be in the style of Jazz.
YouTube: Concert for Trombone and Orchestra in E Flat Major
Score: PDF 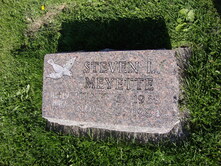