​​If the Roman Catholic church gave the world the Bible, being infallible, then why did Rome reject or question the inspiration of James and Hebrews , then later accept it?

​​Martin Luther wrote a version of the Bible, that is, in the 1520's he added Erasmus' "New Teaching" to the Jewish writings. The Roman Catholic church responded  to Luther's innovation by declaring what is Biblical canon during the Council of Trent in the mid 16th century.

​​Conversely, Rome accepted as scripture books that were later rejected. If the Catholic church really is illuminated by the Holy Spirit so that men can trust her as "God's organization", why was she so wrong about something so simple? Should not the "Holy See" have known?

The Council of Trent declared  the Biblical Canon is for the Roman Catholic Church in the 16th century.

​​If the Orthodox church gave the world the Bible, being infallible, then why did the eastern churches reject or question the inspiration of Revelation, then later accept it?

​Conversely, the east accepted as scripture books that were later rejected. If the Orthodox church really is illuminated by the Holy Spirit so that men can trust her as "God's organization", why was she so wrong about something so simple?

​If the Roman Catholic church gave the world the Bible in 397 AD, then why did many different versions of canons continue to circulate long afterwards?

The Roman Catholic Church gave the world their version of the Bible in 1546, not in 397.  We suggest that the texts were corrupted by impious atheistic Benedictine monks in the unknown past. ​​​

​​If the Roman Catholic church gave us the Bible, why were the two synods of Hippo (393 AD) and Carthage, (397 AD) African councils, and not initiatives of Rome?

​Since the two synods of Hippo (393 AD) and Carthage, (397 AD) were under the control of what would later become the "orthodox church", how can the Roman Catholic church claim they determined the Canon? Would not such a claim be more naturally due the Eastern Orthodox church?

The suggestion of fabricated history by Benedictine monks seems more plausible, as this would explain this reasonable question. ​

​​If the Catholic church, "by her own inherent God given power and authority" gave the world the Bible, why did she not get it right the first time? Why did the Roman Catholic church wait until 1546 AD in the Council of Trent, to officially add the Apocrypha to the Canon?

When Martin Luther created the Bible in the 1520s, he added what was later to be described as the Apocrypha. Luther relegated James, Jude, Hebrews and Revelation to the end of his Bible, where they remain today in the Lutheran Bible.  The Roman Church Council of Trent was responding to Martin Luther's innovation, the Lutheran Bible.

​Both Roman Catholic and Greek Orthodox church leaders make the identical claim that they gave the world the Bible.

Only the Roman Catholic Church can make this statement for the Sixtus or Vulgate Bible.  Any "claims" by the Orthodox Church are neither dogma nor doctrine. ​

​If both the Roman Catholic and Orthodox churches make the same claim they gave the world the Bible,why do they have different books in each of their Bibles?

​Whose "church authority" shall we believe?

Believe the Church that does not change dogma and doctrine with each passing century. ​

Follow the Tradition that does not change nor invent new dogmas and doctrines.

​If the Roman Catholic and Orthodox churches both believes that the scripture: "the church is the pillar and foundation of truth" means the church is protected from error then:
a. Why do they teach doctrine so different that they are not even in communion with each other?

The Roman Church changed the calendar in 1582 and changed the date to determine Easter.  The dogma of the Immaculate Conception (1854), Papal Infallibility (1870) and the Bodily Assumption of Mary (1950) are not found in the Orthodox Tradition.

​b. How do you account for the vast number of documented theological errors made by the pope and the church in general?

Popes have been making theological errors since at least 1512 when the dogma of an immortal soul was declared (to this day, the Orthodox Church knows nothing of an immortal soul) while the Orthodox Church uses Tradition and the Seven Ecumenical Councils. The endless theological errors can be explained by impious monks writing a false history of the Papacy. ​

​​If illiterate Catholics and Orthodox can have the Catechisms read to them, then why not the scripture?​

​​If universal distribution of the Bible in every home is an essential pre-condition of sola Scriptura, then how could Catholic and Orthodox pew-dwellers know the message of the Pope before the time of modern instant live communication?

No comment. NB-Most Orthodox Churches do not have the western innovation of pews.

They do not know the whole Catechism anymore than they would know the entire New Testament.

​​Would not the same logic apply to illiterates in the Roman Catholic and Orthodox churches?

​​If Catholic and Orthodox laity can "know the truth" by hearing the catechism read to them, then why not illiterate Christians when they hear the Bible read?

Which version of the Bible?

​​How do the Catholic and Orthodox commoners who can read, know for certain that the priest is faithfully teaching the dogma, canons and edicts of councils if they did not possess copies of such documents?

​Name one sure way or method, that a new believer in Christ, can know that the Orthodox church is the one true church. (The challenge: make sure this method cannot apply also to the Roman Catholic church.)

The Orthodox Church dogmas do not change, whereas the Roman Church has added dogmas.  The Protestants denominations have multiplied in the last five centuries, therefore, their teachings are changing.

​If the personal illumination of the Holy Spirit upon each believer to understand the Bible is not a valid method of determining truth because of the many denominations that use this approach, then does it not follow that apostolic succession and oral church traditions are likewise invalid because the Roman Catholic and Orthodox churches are two denominations that use this method yet are divided on doctrine?

In the Roman Church, the earliest verification of Episcopal Succession dates to d’Estoutville, who lived from 1403 to 1483.  In the Orthodox Church no verification is needed, since Apostolic Succession is based on Tradition. The division of doctrine between the Roman Catholic and Orthodox Churches are due to the actions of the Pope since ancient times. [Immaculate Conception (1854), Papal Infallibility (1870) and the Bodily Assumption of Mary (1950)]

​Does this not prove both methods are wrong and a third method, one which we and the apostolic church practiced must be the correct method?

​If sola Scriptura cannot be the correct method of determining truth because of the religious division among churches that claim to use sola Scriptura, then does this not also disqualify the Roman Catholic and Orthodox churches method of using tradition, since they are divided against themselves?

No, since Romance Catholic tradition has evolved (Stations of the Cross, the Rosary, Purgatory et cetera) and the Orthodox Churches have not evolved their positions or their understandings.

We have one question:

Since we concede there are thousands of variant texts Biblical texts in hundreds of books and thousands of manuscripts, how is it possible, before the advent of printing, that the writings of the Church Fathers never quote from these thousands of these variants, except for one variant from Augustine (Galatians 2:5, where Saint Paul did yield)? 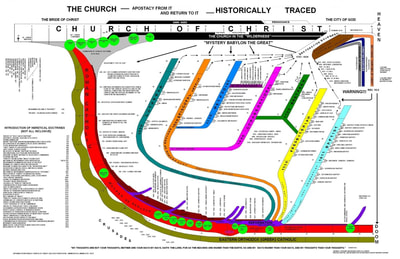 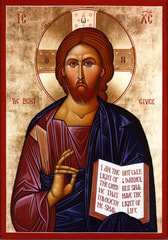 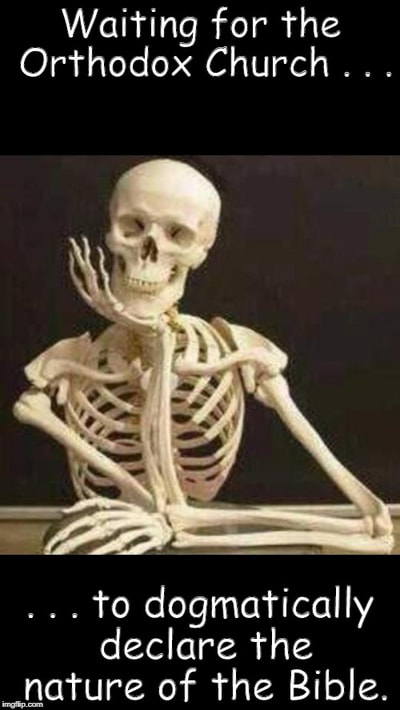