Heresy is any belief or theory that is strongly at variance with established beliefs or customs. If the established beliefs or customs are the standards of the Roman Catholic Church, then this definition applies to beliefs that are contrary to the Roman Catholic Church. Jews and Orthodox Christians are not heretics, per se, but the Jews deny the Divinity of Christ (Arianism) and the Orthodox Christians deny the Supremacy of the Pope (Schismatics). Therefore, for the purpose of this paper, we will treat Jews and Orthodox Christians as heretics.

Fascism is a “form of radical authoritarian nationalism”. All experts agree in using Fascism (for Italy) and fascism (for other countries). Unfortunately, experts can not, or are unwilling, to give a specific definition to distinguish between fascism and other radical authoritarian nationalist movements. The following will be helpful in arriving at the unique characteristic of fascism.
​
From the above table, we can confidently state what the experts must know, but never explicitly state, that is, Fascism can only be found in countries where Roman Catholics are the a large percentage of the population.

Italy invaded Ethiopia in 1936, Albania in 1939 and Greece in 1940. All these are Orthodox Christian countries. Italy attacked Egypt in 1940. The Suez canal is located in Egypt and the taking of the canal would make the Mediterranean Sea an Axis Sea. Therefore, the invasion of Egypt has a strategical purpose. Of course, the Coptic Church is located in Egypt.

Nazi Germany persecuted schismatics with vigor-Russians, Belarusians, Ukrainians, Serbs, Czechs. Exceptions to persecuting the Slavs were made for Croats and Slovaks, no doubt due to their being Roman Catholic.  Ukrainians were used as concentration camp guards. I suspect these men were also Roman Catholics.

The foundation of the European Union dates from 1951.  The European Union is transnational and can never become Fascist or a “form of radical authoritarian nationalism” since it is not a single nation. Germany, France and Italy were founding members and Spain joined a decade after the death of Franco.
​ 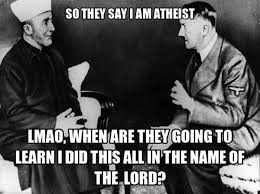 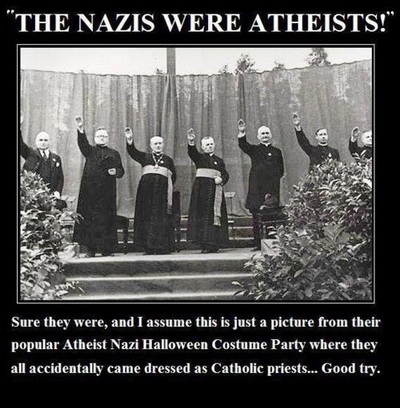