​​A COMMENTARY ON A VOICE OVER IN "CLOUD ATLAS"

​​Background to the Background

Over the previous week, I have been reading “Speer: His Battle with Truth” and I stopped on page 402 at around 7:30pm to go outside. This behavior is not extraordinary, as I take a break from reading every hour and a half and I refuse to turn an open book over and weaken the binding, so I remember the page number. While sitting in my car, an incredible sense or feeling of, what I don't know, came over me.  I felt an amazing calmness like nothing mattered, which for a type “A” personality like myself, normally means slipping into Nihilism, but I am familiar, all-too familiar, with the negative feelings associated with Nihilism, and I experienced nothing negative. I returned to the library, retrieved the book from the table and placed it in the “Browsing Bin” and left the library.   I was not under the impression that all this [existence] had no meaning, but I sensed that I could finally be above it all, beyond it, past it. The sense that there [I can't say purpose or meaning] was some unknown something; which is vague enough to not mean anything worthwile or be descriptive for the Gentle Reader.

Throughout my life, I've often fantasied that this feeling of being at peace, that I have "made it", is what I would feel at the premier, at the exhibition-the sense of satisfaction of, and from, an unquestionable personal achievement being the result of applying my intellect and my will to the utmost.  However, this [experience or feeling] happened while reading a book...

This sense of satisfaction, or being in the state of acceptance, happens frequently enough when consuming adult beverages, one reaches this stage of “Nirvana”, its duration is brief and one quickly transitions to the full and heady worship of either Dionysus or Osiris.  This strange feeling: it is not necessary to rush, that there is no agenda, that ever present feeling that Capricorns have by Nature: that time is against us, is gone. Is this what people experience from using antidepressants or anti-psychotics? Where is the drive, the creativity? Gone. Was it what acceptance feels like or that the end of athleticism  is in sight?
​
Background

Robèrt and I watched “Cloud Atlas”. It was my first time experiencing the movie and, although I enjoy the “Matrix” trilogy and “V for Vendetta”, I knew that I would only fully understand “Cloud Atlas” after multiple viewings and analyzing it in such a manner that I would appreciate it in my own way, similar to the Trilogy being based on the 78 cards of the Tarot deck.  Such is the talent of the directors that it is not possible for someone like your truly to appreciate their sublime art and skill in a single sitting.  The first time I saw the Matrix, I tuned in during Agent Smith's interrogation of Morpheus where Smith alludes to the first Matrix that was perfect, yet it was a failure. I immediately realized that this was a reference to the Garden of Delights with implications of a Gnostic exegesis. One recalls that upon the first hearing of “The Magic Flute”, I didn't care for it. That was then...
​
Commentary
​
We feel obligated to note that there are six actors, six stories and the sextet. One wonders if the the solar magic square is the proper method to understand "Cloud Atlas". "My prophet is a fool with his one, one, one..."

The voice over in the movie is not identical to the script, therefore,  I have quoted both and, for completeness, I have also included a longer quote from the book:

​Career churchmen like Pater go a step further and call in a cowardly assault on the living.

Oafs argue this specious line for varying reason: to evade fingers of blame, to impress one's audience with one's mental fiber, to vent anger, or just because one lacks the necessary suffering to sympathize.

Cowardice is nothing to do with it - suicide takes considerable courage. Japanese have the right idea.

No, what's selfish is to demand another to endure an intolerable existence, just to spare families, friends, and enemies a bit of soul-searching.”

“A true suicide is a paced disciplined certainty.

Couldn't be further from the truth.

​“A true suicide is a paced, disciplined certainty.

Career churchmen like Pater go a step further and call it a cowardly assault on the living.

Oafs argue this specious line for varying reasons: to evade fingers of blame, to impress one’s audience with one’s mental fiber, to vent anger, or just because one lacks the necessary suffering to sympathize.

Cowardice is nothing to do with it—suicide takes considerable courage. Japanese have the right idea.

No, what’s selfish is to demand another to endure an intolerable existence, just to spare families, friends, and enemies a bit of soul-searching.

The only selfishness lies in ruining strangers’ days by forcing ’em to witness a grotesqueness. So I’ll make a thick turban from several towels to muffle the shot and soak up the blood, and do it in the bathtub, so it shouldn’t stain any carpets.

Last night I left a letter under the manager’s day-office door—he’ll find it at eight A.M. tomorrow—informing him of the change in my existential status, so with luck an innocent chambermaid will be spared an unpleasant surprise.

​See, I do think of the little people”

I have written that it is repugnant to reason to reincarnate with no remembrance of things past, nor am I  attracted to the idea that the worth of one's life is a musical piece that serves only to motivate select individuals to do their part, to influence others, within the context of the vast universe. Nihilism is an attractive option, along with suicide, when confronted with this goal of one's existence.  Fortunately, these scenarios are only found in a fiction.

The masses create the value of “selfishness” for suicide, as though anyone is motivated by anything but their individual satisfaction. We sense an attempt to distort values and create guilt in the person before the coup de  grâce.   Without recourse to the novel, we can not determine if "career churchmen" refers to vicars in the Anglican Church, or to those who make a "career" of attending church. We agree that it does not lack courage.  Four reasons are given for this “wisdom” of describing suicide as cowardice: to evade blame, to impress others, to vent anger and lack of sympathy. How one evades responsibility for another's action is a perversion of reason. We note that the wording is to impress others with one's “mental fiber”, not “mortal fiber”.  We state that both, mentality and morality, are lacking. To "feel displeasure aroused by a wrong" can only mean that the “wrong” is a moral wrong, that is, a conventional wrong, not a Noble wrong. This is not a superior value created by, and for, the few, but the common understanding of the masses. Lacking the necessary suffering to sympathize is, perhaps, closer to the truth and we will omit any discussion on this topic; for the Gentle Reader is uniquely able to determine the validity, if any, for this subject.

“Concerned primarily with one's own interests, benefits, welfare, regardless of others” is  what people criticize, not of themselves, but of others. If one's existence has reached the point of being” unendurable”, then suicide seems reasonable, even if others must endure “soul-searching”, where we understand “soul-searching” as understanding the why, the reasons, and if they could do anything to have prevented it. We wonder why they would prevent it, that is, prolong the once tolerable, but the now "intolerable existence". If misery loves company and one is living an “intolerable existence”, then surely others would prolong the misery, if, or only, for selfish reasons.

​We note the "paced disciplined certainty" that is rarely found with the few onscreen suicides and, at times, we are divided in our opinion if Donald Darko was a suicide or an unfortunate incident. Most cinematic depictions are highly emotional affairs and, seemingly, undignified.  This lack of dignity, no doubt, is more by design than accident in order to conform to the vulgar morality that is familiar to Frobisher.  For an action to be "paced" and "disciplined" demonstrates a rational mind engaged with a purpose and a goal, whereas suicides frequently are described, no doubt by "the little people", as being committed by deranged individuals who are "not all there", thereby implying to the uncritical listener that those who refrain from suicide are "all there" or mens sana.  Frobisher's sound mind is evidenced by his actions; he realizes that he is not the center of the world, and other people will be responsible for cleaning up the "change in my existential status".

While our frequent allusions to and quotes from Nietzsche (Fred to his friends) throughout our writings sometimes strain the credulity and patience of our Gentle Reader, at least in this commentary, we are on terra firma, since the original movie script refers to "Eternal Recurrence", an unfinished composition by Vyvyan Ayrs. By acknowledging the "little people", Frobisher understands that they can only do one thing well, while he is a composer, thief, manipulator par excellence and is not subject to the herd morality, since he is indiscriminate with sexual partners-for enjoyment, perhaps, but not likely, even romance, for money or to solidify his position at the chateau. The immunity of the commentator is a device used by esoteric writers to offer their personal views. Ideally, one would be familiar with the novel "Cloud Atlas", the first movie script and the final version to clarify the directors' thoughts and reasoning for the finished movie. Any text, ideas or allusions from either the novel or the two scripts that are omitted in the movie may also be of interest or importance for a fuller appreciation of the directors' methods.

We understand Frobisher as example of Fred's "Free Spirit"; he is not bound by convention, either moral or social, does not seek financial stability and has a low opinion of the educators at university. Frobisher has no secure base of operation and, after being disowned by pater, he exists on the "kindness of strangers", those individuals he manipulates and by prostitution.  For the amoral free spirit,  the ends justify the means and Frobisher is only guided  by the vaguest notion that he must create a work whose value posterity will recognize and bestow upon him a grand and specific title- not England's Greatest Composer of the Twentieth Century, but -England's Greatest Composer. Although Frobisher's composition does not receive universal recognition or acclaim, his work is appreciated by a select few. Some critical observers can not but wonder if Frobisher's behavior is either narcissistic or delusional, where we understand that the lofty goal of posthumous fame depends almost entirely on the good will of Rufus following through on Robert's wishes regarding the preservation and dissemination of the manuscript. We deny that Frobisher is narcissistic, since he attempts to insure that the housekeeper will not find his body and, perhaps, although it is not a certainty, he is not delusional, but supremely self aware. Fortunately, for the world of fiction, there are no cul de sacs. However, in the world of the real, the free spirit, the philosopher or the seeker of immortal fame can not rely on vagary of chance for recognition and honor, either now or posthumously, so it is prudent to produce not one great work, but several that are worthy of study, enjoyment and, ultimately, survival; even hundreds-the more the better- in an attempt to overcome the arrows of outrageous Fortune. 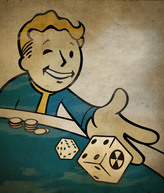 ​We aspire that "value and veracity ... shall one day vindicate the vigilant and the virtuous" in our journey of a thousand years.
​